There is a reason why people say ‘an apple a day keeps the doctor away’.

The intake of fruits and vegetables has been shown time and again to help lower the risk of developing heart attacks and strokes. For example, in one study that looked at 84000 women and 42000 men followed up for 14 years and 8 years respectively, those that consumed the highest amount of fruits and vegetables had a 20% lower risk of developing heart attacks.

In particular, apples contain flavonoids, and studies have found that regular flavonoid intake lowers your mortality rate from chronic diseases.

Apples are the second most consumed fruit in the world, with bananas at the top of the list. It’s not just the variety, crunch and the taste of apples that make it a world-wide favorite; it has a number of health benefits too.

If you have been wondering if apples are good for your health, I have today 8 reasons why you should munch on these beauties when you get a chance.

Your average Joe apple contains fructose as the main sugar, and is low in fat. It is also rich in vitamin C and E, potassium, magnesium and fiber (both soluble and insoluble), along with polyphenols.

Most apples contain around 2 – 3% fiber in them. Pectin is the main soluble fiber that has many health benefits. The insoluble fiber includes cellulose and hemicellulose.

The pectin escapes digestion in the stomach, and heads over to the intestine, where it forms a gel that coats the inner aspect of the bowel. Here, it is fermented with the micro-organisms in the gut, leading to the formation of short chain fatty acids (SCFAs). These SCFAs have multiple positive health effects.

The apple peel forms about 6 – 8% of the fruit, but has the highest concentration of phenolics. The phenolics are powerful antioxidants. Make sure you do not peel your apple before eating it. Juicing can remove the healthy polyphenols. Cloudy juice may be better than clear juice.

Are Apples Good For You?

I would love to stand on a rooftop and shout ‘YES!’. Apples are an amazing fruit to eat every day.

The benefits of eating apples stems from the presence of compounds called phenolics. These have numerous antioxidant and anticancer properties. Apples are particularly high in ‘free phenolics’, meaning these compounds are available in greater proportions compared to other fruits. 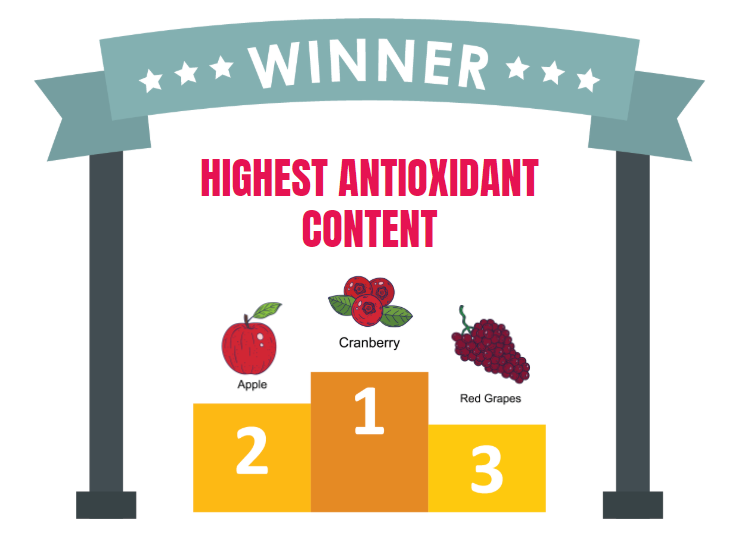 If you look at antioxidant activity alone, apples rank second, coming close to cranberries that rank first. This is primarily due to the high concentration of vitamin C that is available in this fruit.

Apples Lower Your Risk Of Cancer

Apple intake can lower your chances of developing cancer, research has shown. 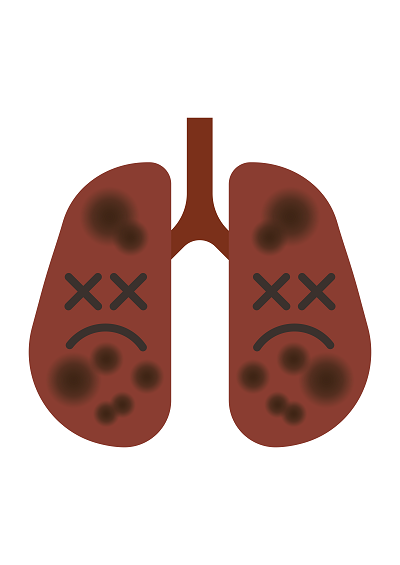 In a study that looked at 77000 women and 47000 men, fruit and vegetable intake on a regular basis lowered the risk of lung cancer by 21% in women, but not in men (!!). Apples seem to have a great benefit particularly. Just one serving a day (1 apple) appeared to do the job.

However, another study found that consumption of apples and onions lowered lung cancer risk in both men and women (phew!).

Similarly, researchers have found regular consumption of at least one apple a day lowered the risk of cancer of the bowel (colorectal cancer).

Besides this, there are research groups that have found that apple intake (one or more) everyday lowered the risk of cancer of the oral cavity, esophagus (food pipe), breast, ovary and prostate.

Some of this has been demonstrated well in lab based studies, where it was found that extracts from the peel of an apple (they used Gala apples) reduced the growth rate of cancer cells in prostate and breast cancer tissues. This is because the extract increased the level of a protein called maspin, which slowed down the cancer cell growth.

Pectin, another component found in apples, is a soluble fiber that can lower the spread of cancer, as demonstrated in animal studies. It does so by inducing a phenomenon called apoptosis, which is the medical term for programmed cell death.

The research on whether apples can lower your risk of cancer is solid. It appears an apple a day (around 166 gm) is sufficient enough.

They Can Protect Your Heart

As I have mentioned earlier, apples are rich in compounds called flavonoids. In the Women’s Health Study, a trial that followed up 40000 women over a period of almost 7 years, ingestion of a high quantity of flavonoids lowered the risk of heart disease by 35%. 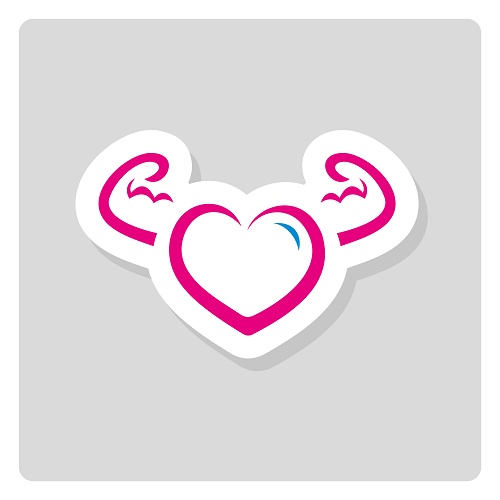 A similar study looking at apple and wine intake found a lower death rate in women from coronary disease. This was due to compounds called catechins and epicatechins.

High cholesterol is a risk factor in the development of heart disease and stroke. The high polyphenol and fiber content of apples has been shown in studies to lower levels of LDL i.e. bad cholesterol.

Apples have a better cholesterol lowering effect compared to pears and peaches. It appears apples prevent excess cholesterol from being absorbed in the intestine, as evidenced by a higher fat content in the stools.

This would lower your risk of heart attacks.

There are studies looking at apple intake and risk of stroke, and a similar association has been seen. If you eat an apple a day, you could lower your risk of stroke.

Apples Are Great In Diabetes

Are apples safe in diabetics?

If you suffer from diabetes, then apples are a great fruit to eat. Apples have a low glycemic index, which means they do not increase your blood sugar much if you eat them.

Quercetin, a powerful antioxidant in apple peel, has been shown to lower the chance of developing type 2 diabetes by slowing down how fast the body breaks down the food you eat. It also protects the heart and prevents cancer at the same time. 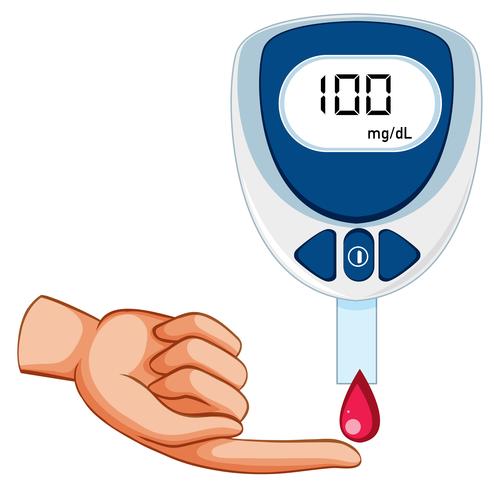 Similarly, chlorogenic acid and phlorizin, also antioxidants, can help your body utilize the sugar in your foods more efficiently. They also help lower blood sugar at the same time.

At the core of diabetes is a phenomenon called insulin resistance. Here, your body does not respond to the natural insulin being secreted by the pancreas. In other words, the insulin does not work, and hence the glucose levels increase.

Mouse studies have found apple polyphenol extracts to improve sensitivity to insulin (in other words, it lowers insulin resistance). This in turns would improve blood sugar levels as well.

These polyphenols have also been shown to lower postprandial glucose spikes, making it a great snack if you wish to fill up your stomach without worrying about your blood sugar rising.

When it comes to preventing diabetes, apples take the cake. Regular intake of one apple everyday of the week can lower your risk of developing type 2 diabetes by 28%, research has found.

If you like fruit juice, then choosing a 100% juice option is better. Don’t purchase ones with added sugar. It appears that consuming 100% fruit juice may not have too much of an impact on your blood sugar control.

I must admit – this was an eye-opener for me. I had no idea that apples could help people with asthma and lung problems. 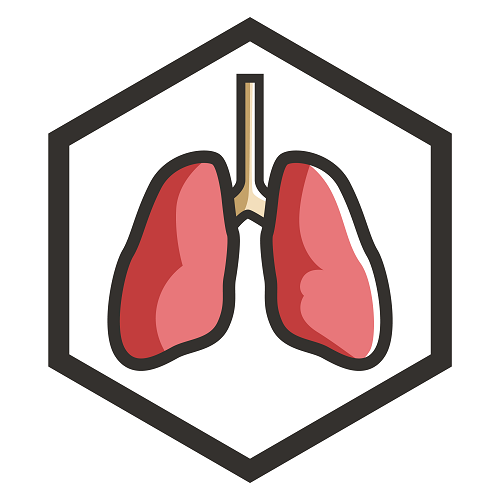 Lung problems are common in India. The pollution levels are sky-high, and exposure to cancer-forming particles is increasing the incidence of asthma and chronic lung disease (wheezing).

But there is great news. If you eat an apple a day, you can power up your lung health.

In fact, evidence suggests that regular apple consumption could improve the function of your lungs, and build local immunity. There appears to be greater benefit in those who consume 5 or more apples a week. Even consuming just 15% or more of a large apple can lower the incidence of asthma by 10%!

The benefit of apples for lung health is due to the flavonoids (quercetin, hesperetin and naringenin).

As we get older, memory loss is to be expected. But some encounter it at a younger age, and it can be quite frustrating. 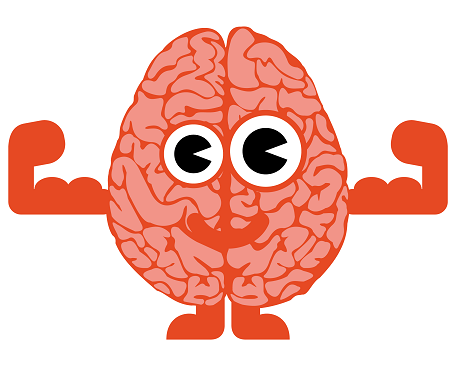 In a mouse model of an Alzheimer’s disease study, it was found that mice that were fed apple juice regularly demonstrated an improvement in cognitive function and memory.

In humans, it is believed that apples may lower the rate of decline of a chemical in the brain called acetylcholine. It also suppresses the expression of a protein called presenilin-1, which is closely linked to Alzhiemer’s disease.

By doing so, it improves memory and lowers the chance of developing Alzheimer’s disease.

Apples May Help You Lose Weight

If you are looking to lose weight with a health diet, then make sure you include apples in it. 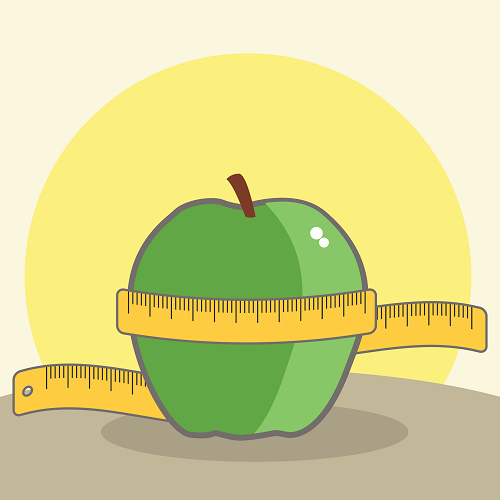 The high fiber content in apples makes it a great snack. It’s not just packed with nutrition, but the fiber in it can keep your stomach full for longer. This will prevent you from snacking on junk food.

The weight loss you experience with apple intake is probably just modest.

In one study that compared women who consumed 3 apples, 3 pears and oat cookies everyday, the weight loss was seen most in those who consumed apples.

May Strengthen Your Bones

Osteoporosis, or brittle bone syndrome, is a common problem seen as we get older. It is particularly common in post-menopausal women.

Apple intake on a daily basis may help enhance bone density by lowering the loss of calcium from the body and improving its uptake to form new bone.

However, when compared head to head to dried prunes, dried apples did not have much benefit in protecting the bones.

Among all the fruits, it appears prunes have the best bone protective effect. I will be talking about this in another post.

Apples May Protect Your Stomach Lining

Painkillers are notorious at causing acidity related symptoms. It appears that apples can protect the lining of the stomach, which in turn can reduce your chance of developing ulcers in the stomach.

Acidity in the stomach is sometimes linked to a bacteria called Helicobacter pylori. This bacteria, if left untreated, can lead to bad gastritis and even stomach cancer. The polyphenols in apple peel can help fight this bacteria.

Some Trivia For You

The aphorism ‘an apple a day keeps the doctor away’ originates from Wales.

A slightly different format of this aphorism was published in 1866 as a form of a rhyme ‘eat an apple on going to bed and you’ll keep the doctor from earning his bread’. It was rephrased in 1913.

By the way, there has been a study looking at whether eating an apple everyday lessens your chance of visiting the doctor.

Well, it does not.

However, those who do eat it everyday are less likely to have more medicines prescribed over their lifetime.

The best way to store your apples is to refrigerate them. They can last for 1 to 2 months this way, and remain crisp. Make sure you keep them away from other fruits that might require ripening. This is because an apple that is ripening emits ethylene, which can ripen nearby produce.

Kept at room temperature, apples will likely over-ripen within 2 weeks.

I hope this answers your question – ‘are apples good for you?’. There are so many health benefits, it would be a shame if you did not munch on one everyday.